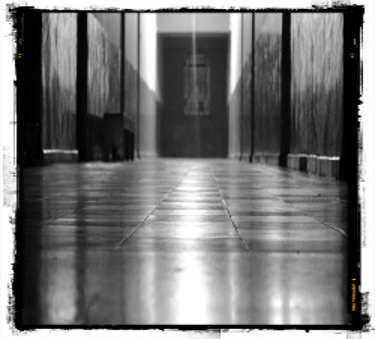 “I live on an old Air Force training base in rural Alberta. There’s numerous stories and legends about ghosts walking the streets of Springbrook and among the barracks and abandoned buildings, but I myself had never experienced anything until I recently began using the ‘most haunted’ building as a day care.

As the landlord handed me the key he said “and remember, if you feel him beside you, just tell him to go to the light”.

Yep, that was the first time I ever had that clause in the rental agreement of something.

‘Him’ is Charlie. “Charlie” hung himself while the base was still operational in the boiler room right beside my main daycare area.

I attempted to have two groups come in to the barracks and investigate but they flat out refused to go into ‘building 14’, although they did explore other buildings and homes and found activity.

Leaving me to deal with ‘Charlie’ alone (except for the day care kids who I have not told). Charlie will turn on lights that I turn off before leaving at night down a hall way that is locked at both ends. I’m the only one with keys to the building. You will hear him walking down the hall and clanging pans upstairs in a huge industrial kitchen with no power or pans that has been empty for 2 years since cadets stopped coming.

I have tried to research Charlie’s death, but nothing has come up. Maybe because it’s suicide. The local historian was aware of the story as well.

There is also talk of a woman who wanders the streets of Springbrook, especially in the summer. Apparently she is a widow of a soldier that didn’t return.

So far he seems harmless, not angry, but it is his space!”

If you have experienced any activity at this school, or at any other location anywhere else in the world, please tell us about it here