Henry McKay was a pioneer UFOlogist who specialized in investigating physical traces of UFOs for 42 years — when a UFO reportedly landed he rushed to the scene. He was the very first Director of MUFON Canada, was an electrician in the Air Force, and his UFO work has been written about in many books.

When Henry passed away, all of his hundreds of case files were passed down to his great-niece, Michelle McKay, who is now the curator and owner of the Henry McKay UFO Archives. To contact her click here.

A few documents from his files can be seen at The Black Vault.

For 42 years he specialized in investigating physical trace cases and electrical disturbances correlated to UFO sightings, right up until his death just three weeks after his 80th birthday. Although he had an interest in UFOs since the 1940s, he was officially investigating by 1965. 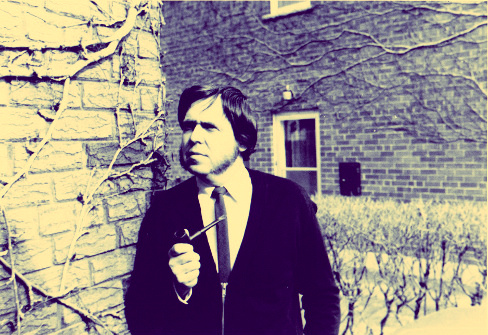 He was associated with many different UFO research organizations and was highly respected in the field of ufology. Besides being the very first director of MUFON Canada, he was also:

– an associate of CUFOS and conducted investigations for them when requested. CUFOS was founded in 1973 by astronomer Dr. J. Allen Hynek. Hynek was an astronomy consultant to the U.S. Air Force’s Project Blue Book and he also coined the term ‘close encounter’ and related classification system which inspired the 1977 Steven Spielberg movie “Close Encounters of the Third Kind”. Hynek was also the technical advisor for the movie and made a small cameo appearance in the film.

– Henry also investigated for NICAP. Donald Keyhoe, a retired Major from the U.S. Marines, was the director of NICAP from 1957 until late 1969.

– Henry was also the Deputy Director of the North American UFO Federation, headed at the time by former NASA scientist Dr.Richard Haines.

– Henry also investigated for APRO (Aerial Phenomena Research Organization), established in 1952 by Jim and Coral Lorenzen in the United States.

– Henry was the director of the UFO Research Centre (UFORC) based in Toronto which operated as a standing committee of the Toronto Society for Psychical Research (TSPR). The TSPR, led by Dr. George Owens and his wife Iris, made news headlines with their popular Philip Experiment which aimed to ‘create’ a ghost and was said to have inspired the Lionsgate movie, “The Quiet Ones”.

– Henry was the coordinator of the Toronto UFO Society

– Henry was the editor for the CUFORN Bulletin, Canada’s oldest UFO newsletter

– recognition for Henry’s long-standing service to Canadian ufology was paid to him on Sunday, Sept 25, 2005, at the University of Toronto’s Convocation Hall.

He also appeared on radio and television broadcasts, and his work has been written about in books, newspapers and magazines.

Needless to say, Henry McKay held a wealth of information regarding physical traces of UFOs. It is imperative his research not be forgotten.