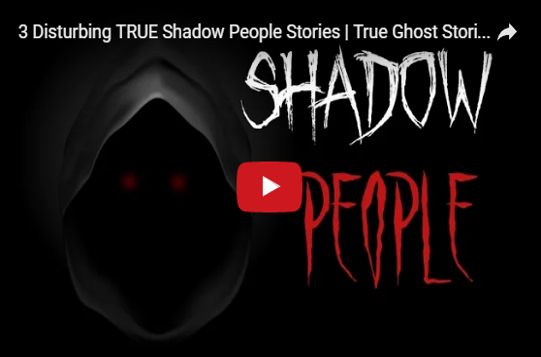 *The story below has also been featured in the above video*

The following report was sent into our website by Kerry on Oct 6, 2012:

“It all began in Scotland, Fife, 2010 when I had moved into my first house. Everything looked and seemed normal. Until the night I had got settled in on my own, there was the smell of burning. I had a look around to see what could cause the smell, I couldn’t see anything. I never thought of anything else till I had got up to check on my kids, the smell had came back but stronger. As I got to the hall way I was able to follow where the smell was coming from. Before I got any further up my hall my son started to scream his lungs out. I ran to his room, he was standing up in his cot and looking at his cupboard. I had left the light on, he was crying and pointing to the doors. I was asking him what was wrong. He was still standing and sobbing his heart out, struggling to say there is something in there. The burning smell was in my son’s room. I had asked it to leave his room kindly. As I was saying that the smell was so close to my face I struggled to breathe. I had to ask it again to follow me to check on my daughter. As I was walking back out the room the smell had gone, but my lounge door had swung shut. I checked on my daughter. She was sound asleep. I went back to the lounge. I saw a dark mist sitting in my seat and my cusions had the imprint of someone sitting there. I asked if I could sit next to it. As I turned to close the door, the dark mist had gone.

The next morning my family had came up to see my house. As we were looking around and talking about stuff my mum and gran were shouting on me. I wondered why, I was only in the lounge. My lounge door had swung shut! My gran was knocking on the bathroom door asking if I was in there. I went in my hall where my mum and gran were. I asked what they were doing. They asked where I had came from as my bathroom door got shut locked by itself. I told them I was in the lounge and the door was already shut. But it wasn’t I thought it was already closed. I tried to open the door, it was locked and nobody was in the bathroom.

Later that day I was thinking and trying to see how the door had done that on its own. I could not find out. I had left it and went to my bed. That was all that happened on the first night also the next day.. The Dark Thing In front Of Me..

The second time I was on my own, no kids, just me, I had came home after being out with a couple of friends. I hoped for the burning smell to come back. I had nipped to the bathroom. As I was ready to come out I heard my front door knock. I looked at my phone to see what the time, it was just leaving 12:30. I wondered who could have came to my door? I opened my door, no one was there. I closed the door and got half way through my lounge and my door was knocked again. I stood still, nothing happened. I went to my room that has my daughter’s cot in with me. I looked in her bed to see if anything was forgotten. As I looked in, the dark mist was in my daughter’s cot. I asked it why it was in the cot. The dark mist started to move towards my daughter’s toys and playing with them. I sat on my bed and asked a few questions. The first thing I wanted to know was why it’s around my children’s beds and room. I heard a faint crying sound then the burning smell had came back and in my face again. I looked back in the cot, the mist had gone. I stood up and and what was in my face to move back a bit. The smell disappeared. The lounge door slammed shut. I went through to see what was going on. As I just got in my lounge the door slammed shut behind me and felt the door skift my back. I turned around and saw a dark figure pass the door infront of me. I opened the door to see it was gone. I stepped back. Then it came back. I was getting angry with it slamming my doors. I asked it to stop slamming my doors. Silence had broke out. I knew it was up to something. I stepped back, the banging stated again. I was very angry and shouting fom the lounge to stop the fucking banging. It didn’t stop. Aactually it had come to my lounge door and stood still like it was standing looking at me. First question I asked with rage running through every word “Do you like playing games?” It stood still. I asked the second question “Do you find it funny scaring us me my children???” The dark mist was moving back and forth like it was saying yes. The last question I asked and demanded it to do was “Can you stop scaring my children? Just try and scare me. In fact you will leave my kids alone and you will scare me!!” As I was going to tell it to leave us alone, my lounge door swung open and battered off the wall. I grabbed the door to slam it shut. I couldn’t! The dark thing was stopping me. I yelled at the top of my voice LET GO OFF MY DOOR AND LEAVE US ALONE NOW!! I had repeated that two or three times. It had gone and left us alone, but it didn’t leave the house.

I still saw the dark mist at my lounge door and the burning smell was still lingering about the house. I had to move house. I was still always thinking it will scare my children. As I was leaving the house it was empty, like an empty shell. I asked if there was any last request from the dark mist. The smell of burning came and so did the mist. The last thing I saw was a tall slim creepy dark mist. I told it I was leaving and said goodbye and waved. The dark misty thing growled and flew forward to me. I slammed the door and looked in the window. It was standing and staring down at me as I locked the door. I laughed and looked straight at it and said out-loud “looks like I got the last laugh at your sick game”. I walked away and never seen or went back to the house.”