She has been a paranormal investigator for over 20 years, specializing in investigating reportedly haunted historical sites. She also has an interest in UFO research, following her great-uncle’s UFO legacy.

“She is the top paranormal investigator in Canada” (107.9 FM Ottawa)

Her great-uncle was pioneer UFO investigator, Henry McKay (1927-2007). He specialized in physical traces of UFOs — when a UFO reportedly landed he rushed to the scene. He was the very first Director of MUFON Canada, was an electrician in the Air Force, and his UFO work has been written about in many books.

Michelle was also a TV host and lead investigator on a television series about ghosts which aired in over 32 countries including Destination America (USA), Discovery I.D. (Canada), A&E Latin America (Bio), and also aired in Denmark, Belgium, Amsterdam, the Netherlands, and others. 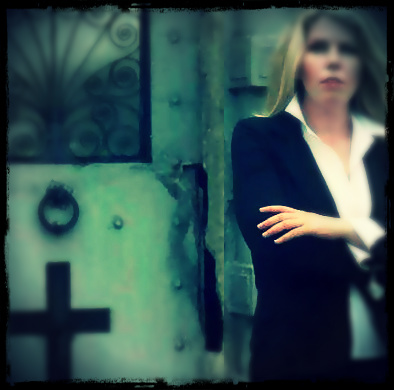 In 2002, she founded Cold Spot Paranormal Research, one of Canada’s oldest ghost investigation organizations, which investigates ghosts, hauntings, poltergeists, and demons. Her interest in ghosts started when she was a child growing up in a haunted house with a poltergeist:

“At 10yrs old I spent most of my days in the library basement reading books about the paranormal, trying to figure out what was going on in my house. Eventually, my friends started inviting me to investigate their houses. So off I went to investigate, as best as I could for a 10-year-old, and it hasn’t stopped to this day, I’m still here doing this.” – Michelle McKay 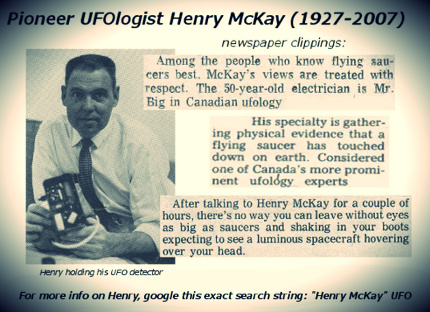 Comic strip about Henry McKay in the newspaper, based on actual events

To book Michelle for an interview, lecture, film, or television appearance click here

Michelle Has Also Appeared On: